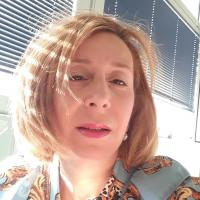 This project focuses on the development and validation of experimental models of symptoms of psychiatric diseases, in particular anhedonia, which is a complex, nosographically transversal symptom that characterizes major depression but also other psychiatric disorders and has been correlated with a functional deficit of dopaminergic transmission in the mesolimbic pathways.

Recent findings suggest that the enzyme 5 a -reductase type 2 (5αR2), which converts testosterone into potent dihydrotestosterone (DHT) in the brain, may be a key regulator in stress-response and therefore in the pathogenesis of depression.

The social motivational theory of Autism Spectrum Disorder (ASD) focuses on social anhedonia as the key causal feature of the impaired peer relationships that characterizes patients and is a core symptom of ASD. This project tries to offer a new perspective for ASD therapy involving PPAR alpha agonists and endocannabinoid system.