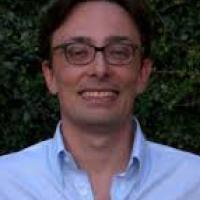 I studied classics and archaeology at University of Siena, where I graduated in 2001. In 2006 I earned my PhD-Doctor Europaeus in “Anthropology of the Ancient World” (Siena; EHESS and EPHE, Paris). Subsequently I was Junior Research Fellow at Siena (2007-2011), Marie Curie Experienced Research Fellow at Cambridge University and Research Associate at King’s College, Cambridge (2013-2015). Back to Italy, in 2016 I got a tenure-track Assistant Professorship and eventually, since Nov. 2019, I have worked as an Associate Professor at University of Siena, where I teach Roman history and Historical anthropology of the antiquity.

My principal areas of expertise are the economic and social history of archaic Rome (8th to 4th century BC), which I address in an interdisciplinary perspective drawing mainly on social and institutional history and on economic anthropology. I am also interested in theoretical and methodological approaches to ancient economy (especially social-scientific and anthropological) and in the history of scholarship on the ancient economy.

I am a member of the inter-university centre “Anthropology of the ancient world”, of the Scientific Committee of the journal “I Quaderni del Ramo d’Oro online” (Siena), and of the inter-university PhD school “Classical studies and Archaeology” (Pisa, Florence, Siena). Plus, I am a peer-reviewer for some scientific journals on classical studies and social history, and am in charge of several admin roles for my Department.