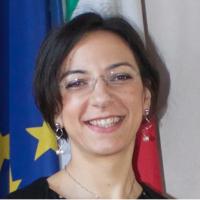 Linda Basile is Research Fellow (L. 240/10 letter A) in Political Science (SPS/04) at the Department of Social, Political and Cognitive Sciences of the University of Siena, since June 2019.

She currently works on the IMAJINE project (http://imajine-project.eu/), funded under the European programme H2020 (Grant Agreement No 726950). She is also involved in the other research activities of the Department, including those of the Interdisciplinary Department DISPOC, selected by the MIUR as department of national excellence (https://interdispoc.unisi.it/it).

She teaches "Research Design and Quantitative methods"  at the MA degree in Communication Strategies and Techniques at DISPOC (LM-92) and "Design Thinking and Participatory Processes" at the MA degree in Social Sustainability and welfare management at DISPI (LM-87).

Previously, she taught "Analysing Public Opinion" at Royal Holloway University of London (2019) and other courses of data analysis, research methods, and use of the statistical software  STATA® at Masters and PhD programmes at University of Siena.

From 2013 to 2019 she was a postdoctoral researcher at DISPOC, working on several European and national projects. In particular, from 2013 to 2015 she participated to the TRANSWORLD project (Project ID: 290454, website: http://transworld.iai.it/), and from 2015 to 2018 she was part of the research team and project manager for the H2020 EUENGAGE project, coordinated by the University of Siena (Grant Agreement No. 649281 - http://www.euengage.eu/).

Her main research interests are: (1) Public opinion on political issues; (2) Party positioning and frames; (3) Decentralisation and regionalisms; (4) Territorial inequalities and solidarity; (5) Research methods and data analysis, with a focus on the theoretical-practical aspects of the following methods: surveys, content analysis, and participatory methods.

Since October 2021 she is co-editor of European Political Science.