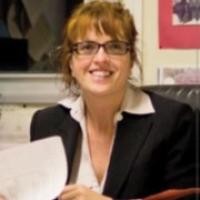 From 1992 to 2002 she personally performed 1240 second-level genetic counselling activities at the division of Medical Genetics of Siena, which imply identifying a case on the basis of clinical genetics, recommending a possible molecular diagnosis, coordinating the implementation of the research, assessing the recurrence risk for relatives and, sometimes, making pre-symptomatic diagnosis. She is the director of the Medical Genetics Unit of the General Hospital of Siena. Since 2001 she has coordinated, as director of the Medical Genetics Unit, more than 10,000 genetic counselling.

Alessandra Renieri is currently Full Professor of Medical Genetics at University of Siena and Director of Medical Genetics Unit of the General Hospital of Siena (AOUS). Her main research interest has always been the study of the genetic basis of rare diseases, including Rett syndrome and other conditions with intellectual disabilities, Alport syndrome, retinoblastoma and other rare cancers. Since 2002 she directs the Genetic Biobank of Siena (www.biobank.unisi.it), certified SIGU-CERT & ISO9001, Italian Partner of BBMRI and member of EuroBioBank and RD-Connect. Since 2009 she coordinates the International Rett Networked Database (www.rettdatabasenetwork.org). She is HCP representative/sub-representative for AOUS of 5 European Reference Networks: ERKNET (on rare kidney diseases); ERN ITHACA (on ID and congenital anomalies); PaedCan-ERN (on paediatric cancers) and EURACAN (for rare adult solid cancers); EuroBloodNet (on rare haematological diseases).

In the pre-genomic era, she contributed to map and cloning several genes including those of ocular albinism, FACL4 and other X-linked mental retardation genes. In the post-genomic era, her reasearch focus was on microdeletion syndromes first and digenic diseases then. Since 2010 she started to model Rett syndrome spectrum (MECP2, CDKL5 and FOXG1) with iPSC-derived neurons. Since 2017 her reasearch interest is focused on gene editing using crispr systems and its translation to clinical practice.

Prof. Alessandra Renieri's main research interest has always been the study of the genetic basis of of rare diseases, with a special focus on Rett syndrome, and other conditions with intellectual disabilities (ID), Alport syndrome, retinoblastoma and other rare cancers. She identified two new genes disease: FACL4 gene for X-linked ID and FOXG1 gene for Rett syndrome. Her laboratory was among the first in Italy to introduce the technology of array-CGH and of Next Generation Sequencing (NGS) for clinical diagnosis.

She has been involved in research on Rett syndrome for many years and she contributed to the identification of all 3 known genes presently associated to the disease, as well as to the definition of the associated clinical phenotype. Her group identified FOXG1 as the first autosomal gene involved in Rett syndrome. Her laboratory is a referral center for Rett in Italy and, since 1998, she directs the Genetic Biobank of Siena (GBS, http://www.biobank.unisi.it), one of the few in Italy certified SIGU-CERT and ISO9001, and funded by Telethon since 2002. GBS is the Italian Partner of BBMRI (Biobanking and Biomolecular Resources Research Infrastructure), member of EuroBioBank and RD-Connect. Since 2009, she coordinates the international Rett database network (http://www.rettdatabasenetwork.org). She also coordinates the Italian Registry of Alport disease, an Italian network for Alport disease, which aims to fund and support actions in favour of the management and treatment of ATS patients. In order to create a human cellular model for the study of the pathogenic mechanisms of Rett syndrome directly in human affected neurons, she set up the technique of genetic reprogramming in her laboratory (iPS).

She has been involved in cancer genetics for many years, including retinoblastoma, breast, colon and lung cancer. Her laboratory is among the first in Italy to introduce the use of NGS for “liquid biopsy” as an innovative diagnostic and prognostic technique in cancer for early detection and monitoring cancer growth and resistance to treatment for “personalized medicine”.

Prof. Renieri is HCP (Health Care Provider) representative/sub-representative for Azienda Ospedaliera Universitaria Senese (AOUS) of 5 European Reference Networks (ERNs): EuroBloodNet (on rare haematological diseases); ERKNET (on rare kidney diseases); ERN ITHACA (on ID and congenital anomalies); PaedCan-ERN (on paediatric cancers) and EURACAN (for rare adult solid cancers). She is coordinator of Registry WP with the ERN ITHACA and involved in the interoperability between Registries at European Level (coordinator of Rett Networked Database) and is leading for ERN ITHACA the project for H2020 HP-PJ-06-2016 "Support for New Registries" call.

She is an active member of the Telethon Network of Genetic Biobanks. She acts a medical advisor with several patient organizations including AIRETT, and supervises specialist clinics for rare disorders within AOUS.

Since 2017 her reasearch interest is focused on gene editing using CRISPR systems and its translation to clinical practice. Currently, she is running four gene editing projects. Three are using Crispr/Cas9 and AAV system and are related to Rett syndrome (FOXG1 variant), Parkinson (LRRK2 and GBA) and Alport syndrome (COL4A5). One is using Crispr/Cpf1 and lentiviral vector and it is related to Chronic Lymphocytic Leukemia and other TP53 mutared cancers. More recently, in Siena she was sorting out a sort of “factory” for producing plasmid & vectors for gene editing in vitro & animal models, preliminary for clinical trial for a number of diseases including Rett syndrome, Parkinson disease, Alport syndrome and Pompe diseases, among others.