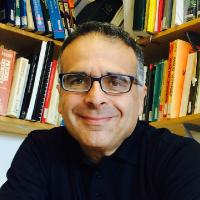 Three different objectives have been achieved over the years. The first objective aimed to a deeper understanding of the Woodward-Hoffmann selection rules for pericyclic reactions to the development of new computational tools capable of treating reactivity problems in small to medium size (few tens of atoms) organic molecules.

The second objective involved the development of protocols for mapping excited state energy surfaces and a systematic characterization of the photochemical reactivity of different classes of organic and biological chromophores. The corresponding results provided the first "statistical" demonstration of the ubiquity of conical intersectionsand singlet/triplet crossingsin organic chromophores and of their role, equivalent to that of transition states in thermal chemistry, as basic mechanistic elements in photochemistry.

The third and present objective includes the development and application of excited state reaction path and semi-classical trajectory computations using a quantum mechanics/molecular-mechanics protocol. In this context, Olivucci's group is one of the first and few with expertise in the development and application of quantum mechanics/molecular mechanics methods for excited states and in particular for photochemical reactions occurring in complex molecular environment such as in a protein cavity. Notice that the quantum mechanical part is usually treated at the ab initiomulticonfigurational level (mainly employing the CASPT2//CASSCF level of theory). This methodology is being intensively exploited for the investigation of photoisomerization reactions in biological photoreceptors and for the design of novel photoresponsive biomimetic molecular switches and motors. Recently, the group has reported on these achievements in the Science Magazine, Nature Chemistry and Nature Communications.