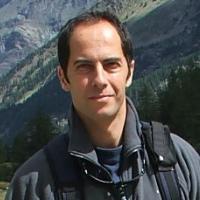 Animals, throughout their evolution, have been exposed to a diversity of plant-derived chemicals affecting their physiology and behaviour. The mechanisms by which neuro-active components of these products exert their effects have been widely described, but the question of why they have these effects has been almost totally ignored. With the present project we aim to understand why some plant-derived chemicals affect animal behaviour, by testing the hypothesis that neuroactive compounds produced by plants evolved not (or not only) as a mere deterrent for animals, but also as a plant tool to attract and manipulate animal behaviour. If supported, the hypothesis would place plant-animal interaction in a different ecological context opening new ecological and neurobiological perspectives. Ant-plant relationships, offer the ideal study model to test such a hypothesis. Particularly relevant are ant mutualistic symbiosis with plants producing extra-floral nectar (EFN). Those plants attract ants via EFN, which in turn, protect the plant against potential enemies. In this model system, a combined approach involving plant chemistry and physiology, ethology and neurobiology, transcriptomic and microbial ecology will be essential to investigate the problem.