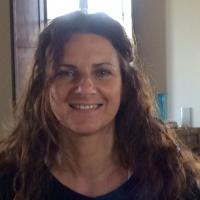 Chiara Mocenni is associate professor of Systems and Control at the Department of Information Engineering and Mathematics (DIISM) of the University of Siena, where she teaches Game Theory and Complex Dynamic Systems in the Courses of Artificial Intelligence and Automation, Applied Mathematics and Engineering Management.

CM received her Laurea Degree in Mathematics from the University of Siena in 1992's. Before joining the Systems and Control Group at DIISM in 1998 as Research Associate, she received the PhD in Physical Chemistry defending a thesis on mathematical modeling of ecological systems.

From its activation in 2000, CM has been fellow of the Center for the Study of Complex Systems of the University of Siena and served on its Board of Directors. She also founded the Complex Systems Community, a network of researchers working in the field of complex systems.

Anyway, students can come to my office at any time.

The course presents an introduction to the theory of nonlinear dynamic systems, including bifurcation theory and qualitative analysis of nonlinear ordinary differential equations. Algorithms for the simulation of complex dynamics, such as limit cycle oscillations and chaotic behavior are presented. Several examples of complex systems in discrete and continuous time are tackled, with application to population dynamics, economic, ecological and biological systems.

The course is aimed at introducing the methodological bases of game theory and evolutionary game theory. In the first part of the course, the concept of game is introduced as the strategic decision of a player. The game outcome depends on the choices of other players which share the same information. In the second part of the course, the evolutionary game theory is introduced. In this case the game is repeated in a large population of players. The ensemble of the decisions will affect the future distribution of strategies inside the population. Finally, the course provides several examples and applications in socio-economic, environmental and engineering fields.

Development of mathematical models, grounded on evolutionary game equations, where players are located at the nodes of a network of connections. The models describe decision mechanisms of a finite set of players under replication, selection pressure and social influence. An extended version of the model describes the continuous dynamics of individuals or groups interacting each other under a baseline prisoner's dilemma game appropriately modified with the aim of accounting for a self-regulative inertial factor which favours the onset of cooperation. The extended model well explains propensity to cooperation in European Countries under the assumption that individuals are driven by homophily, endogamy and civicness and shows formally that strong cooperation within familistic cliques induces a decrease of cooperation at global level.

The model has been also applied to investigate the formation of networks among the members of a microbial population as a response to hostile environments. A further application to neuroscience showed a good performance of the evolutionary game equations on networks in reproducing spontaneous brain behavior.

In the field of monitoring and analysing the environmental status of water systems, we have developed tools for decision support and real-time water monitoring based on low cost unmanned surface vehicles and mathematical modeling.

A physical model for the characterization of magnetic hydrogels subject to external magnetic fields has been introduced and validated.

A bounded rationality model of spontaneous remission from addctive behavioral patterns has been designed. We showed that natural recovery from addiction without external committments is feasible by assuming enough high level of awareness of individuals.

Nonlinear time series analysis has been applied to the study of brain patterns with particular attention to the level of hypnotizability of subjects. The research has been conducted by analyzing the EEG time series recorded in several regions of the scalpo of resting state, not hypnotized subjects.

Application of nonlinear time series analysis to the reconstruction of embedded state spaces and detection of critical regimes in complex systems. The methodology allowed the identification of structurally different regimes, e.g. stable and unstable spiral waves, in the Complex Ginzburg-Landau equation and in biochemical reaction-diffusion systems undergoing Turing instabilities and in presence of roughness in the boundaries.

Facchini A., & Mocenni C., "Recurrence methods for the identification of morphogenetic patterns", Plos ONE, 2013