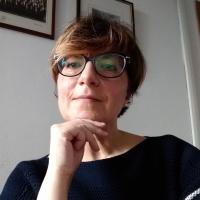 Senior Researcher of International Law at the Department of Business and Law since October 2018.

Senior Researcher at the Law Department of the University of Siena from 2001 to 2018.

Appointed Lecturer of several courses at the Law Faculty of the University of Siena from 2001 to 2018, such as EU Law, International Organizations, International Dispute Settlement.

Legal advisor to the Italian Ministry of Foreign Affairs with regard to the negotiations concerning the Antarctic Treaty until 2014.

Due to the suspension of academic activities because of Covid emergency, my student meeting-time will take place by means of social media. Thus, on Wednesdays from 2 to 4 p.m. you can contact me by Messenger (Patrizia Vigni) or by Skype (patrizia.vigni).

Guidance for Master Degree in International Accounting and Management (IAMA)

From 6th May to 23rd September 2020, information and advice relating to the master degree in International Accounting and Management (IAMA) will be provided by Skype (patrizia.vigni) every Wednesday from 2 to 4 p.m..

From 16th October 2019, you can meet me in my office (Room n.48) at the San Francesco Building (School of Economics)

as it is provided for at the following link:

For an appointment on a different date, please contact me by email patrizia.vigni@unisi.it

patrizia.vigni@unisi.it
Video-Lectures of International and European Trade Law
Instruction for the exam session of June 2020

The instructions for the exam session of June 2020 are available on Moodle http://elearning.unisi.it/moodle/ in the section entitled "Study Materials"

The first lectures of International and European Trade Law are now available for download on Moodle.

They consist of ppt + videos and will be uploaded on a weekly basis.

All the lectures will remain on Moodle up to 10 May 2020. Then, they will be substituted with ppt presentations without videos.