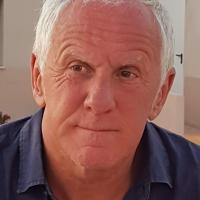 Alessandro Innocenti is full professor of economic policy at the University of Siena. He is coordinator of the Laboratory of Experimental Economics LabSi and of the Laboratory of Virtual Reality of the University of Siena (LabVR UNISI).
His research interests originated in the history of game theory and experimental economics. He wrote a Ph.D. thesis on the introduction of game theory into economics and then he studied how the early evolution of game theory contributed to the emergence of laboratory methods in economics.
Progressively, he became interested in conducting laboratory experiments on economic decision-making. This new focus led him to test the robustness of drift equilibrium, the impact of gender differences on trust and reciprocity and the processes of information collecting. He also studied the organization of local production systems and the mechanisms of information decentralization in networks of firms.
More recently, his research has come to address how cognitive sciences can contribute to the understanding and prediction of economic behavior. His last projects are focused on the role of cognitive biases in information processing and risk perception.