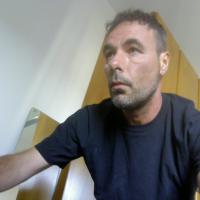 In 1992 I earned a degree in economics at the Catholic University of Milano with a thesis on “Liberation Theology and Social Justice Theories”.  After working in various public schools and administrations, in 1998 I earned a Ph.D in economics at the University of Siena with a thesis on “Efficiency and Evolution of the Institutional Structure of Production”.

After working as a senior economist at the Ministry of Economics and Finance, in 2001 I became a permanent researcher at the Department of Economics and Statistics of the University of Siena.

My research interests are focused on the theory of value and distribution as well as evolutionary and institutional economics. Indeed, my last work is a book titled “From Addition to Multiplication: The Labour Theory of Value and the Economic Institutions of Capitalism”.